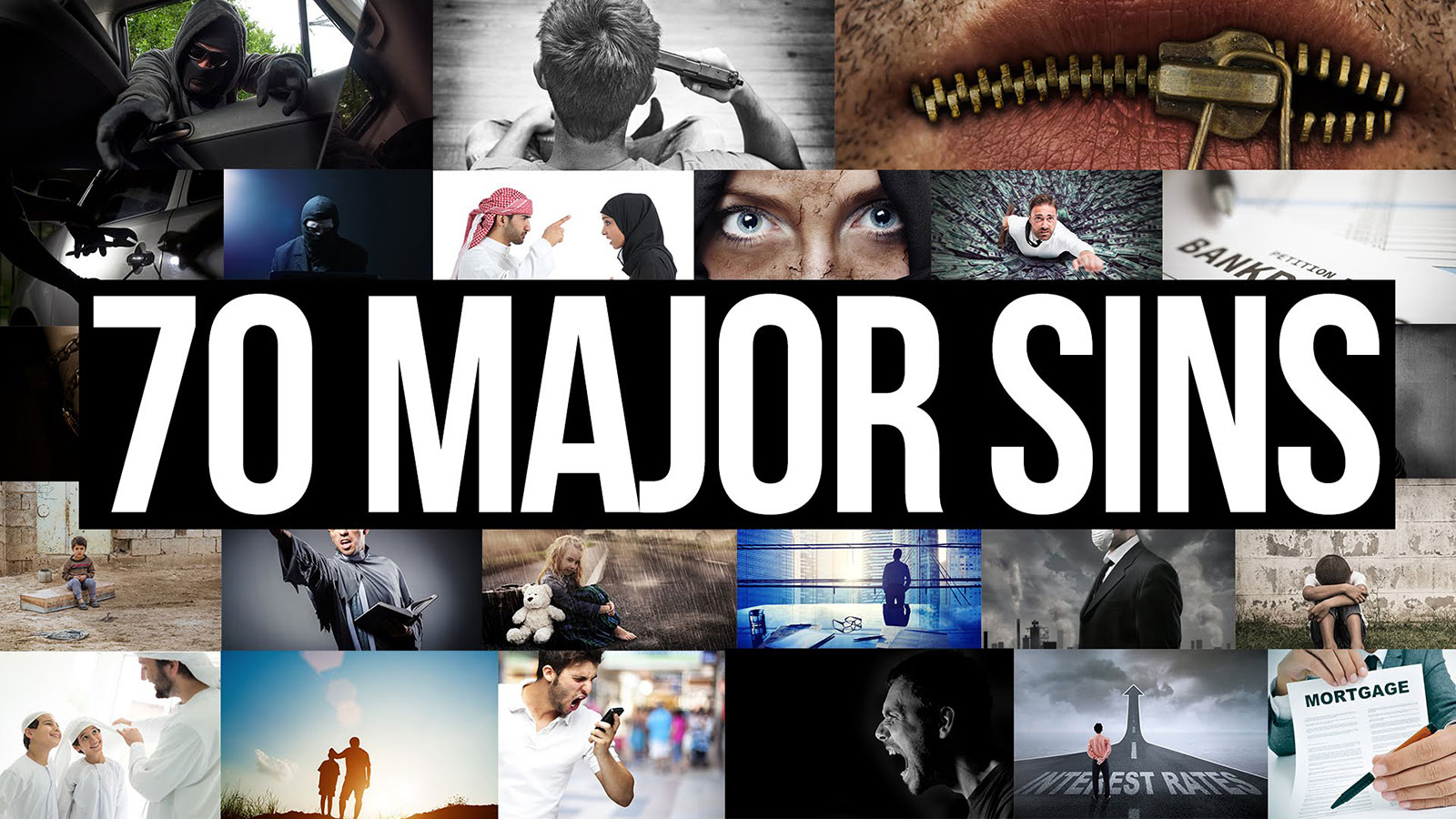 Major Sins in Islam are defined as what is forbidden by Allah and His Messenger in the Qur’an and the Sunnah in addition to what is narrated on the authority of early Muslims. Allah, the Most high, promises whoever avoids the major sins to expiate his minor sins.

If you avoid the major sins which you are forbidden, We will remove from you your lesser sins and admit you to a noble entrance [into Paradise]. – Quran 4:31

In this text, Allah, the Most High, also promises whoever avoids the major sins to admit him to Paradise.

And those who avoid the major sins and immoralities, and when they are angry, they forgive. – Quran 42:37

Those who avoid the major sins and immoralities, only [committing] slight ones. Indeed, your Lord is vast in forgiveness. – Quran 53:32

“The five prescribed Prayers, and from one Friday Prayer to another and from Ramadan to another entail forgiveness for what is between them as long as you do not commit the major sins.” – Reported by Muslim, Tirmidhi, Ibn Khuzaymah and Ahmed.

We are obliged to learn about what the major sins are, so that Muslims may avoid them. Scholars of Sacred knowledge are of different opinions about the number of the major sins.

It is argued that they are only seven owing to the Prophet’s (pbuh) saying,

“Avoid the seven heinous sins: Worshiping others with Allah, sorcery, taking a life which Allah has made sacred except in the course of justice, devouring usury, appropriating the property of the orphan, fleeing from the battlefield, and charging believing women, unmindful though innocent, with adultery.” – Reported by Bukhari and Muslim.

Ibn Abbas holds that they are likely counted as seventy not seven. That is a good point of view because enumeration is not intended in the Hadith.

As a matter of fact, any sin entailing either a threat of punishment in the Hereafter explicitly mentioned by the Qur’an or Hadith, a prescribed legal penalty (Hadd), or being accursed by Allah or His Messenger (pbuh) is called a major sin. We have to bear in mind that some Major Sins in Islam are most heinous than another. This is because the Prophet (pbuh) has enlisted Shirk (worshiping others with Allah) though a polytheist will suffer eternal torture in Fire and will never be forgiven.

Verily! Allah forgives not (the sin of) setting up partners in worship with Him, but He forgives whom he pleases sins other than that. – Quran 4:116

These Major Sins in Islam are sorted in order of severity by notable scholar Imam Al-Dhahabi in his famous book Al-Kaba’ir.

Major Sins in Islam should be avoided by both Muslims and Non-Muslims. If someone is not a Muslim that does not mean that they will be excluded from the punishments ascribed with each Sin in the Hereafter. Therefore, we should try our best to avoid committing these Major Sins in Islam and even if we commit them for whatever reason, we should ask for Allah’s forgiveness and try our best not to repeat them in the future.

May Allah guide us and protect us from all forms of evil.

Interest in Islam and Its Role in Economy and Life

The Evil Consequences of Adultery and Fornication in Islam