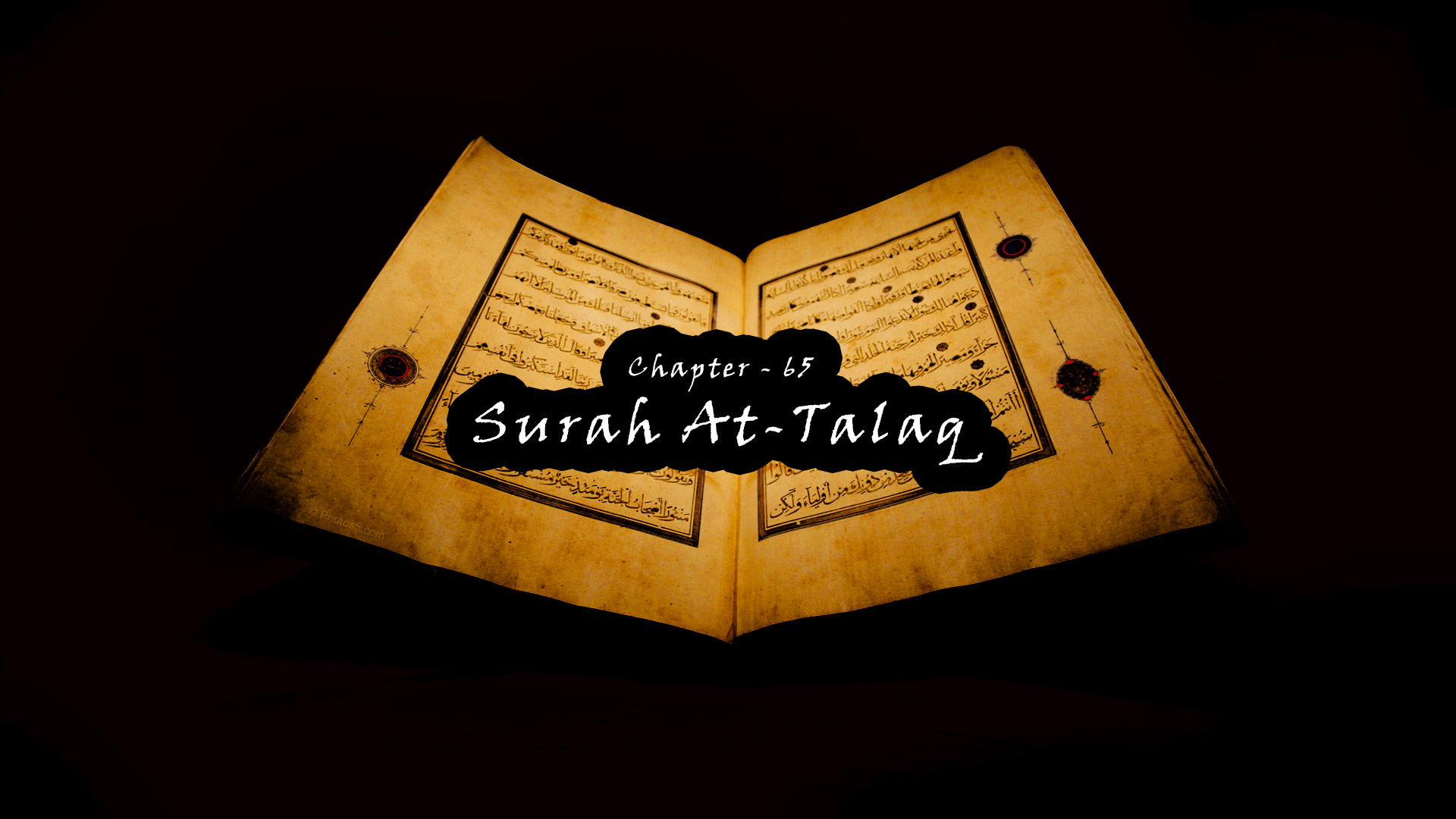 1. O Prophet, when you [Muslims] divorce women, divorce them for [the commencement of] their waiting period and keep count of the waiting period, and fear Allah, your Lord. Do not turn them out of their [husband’s] houses, nor should they [themselves] leave [during that period] unless they are committing a clear immorality. And those are the limits [set by] Allah. And whoever transgresses the limits of Allah has certainly wronged himself. You know not; perhaps Allah will bring about after that a [different] matter.

2. And when they have [nearly] fulfilled their term, either retain them according to acceptable terms or part with them according to acceptable terms. And bring to witness two just men from among you and establish the testimony for [the acceptance of] Allah. That is instructed to whoever should believe in Allah and the Last Day. And whoever fears Allah – He will make for him a way out

3. And will provide for him from where he does not expect. And whoever relies upon Allah – then He is sufficient for him. Indeed, Allah will accomplish His purpose. Allah has already set for everything a [decreed] extent.

4. And those who no longer expect menstruation among your women – if you doubt, then their period is three months, and [also for] those who have not menstruated. And for those who are pregnant, their term is until they give birth. And whoever fears Allah – He will make for him of his matter ease.

5. That is the command of Allah, which He has sent down to you; and whoever fears Allah – He will remove for him his misdeeds and make great for him his reward.

6. Lodge them [in a section] of where you dwell out of your means and do not harm them in order to oppress them. And if they should be pregnant, then spend on them until they give birth. And if they breastfeed for you, then give them their payment and confer among yourselves in the acceptable way; but if you are in discord, then there may breastfeed for him [i.e., the father] another woman.

7. Let a man of wealth spend from his wealth, and he whose provision is restricted – let him spend from what Allah has given him. Allah does not charge a soul except [according to] what He has given it. Allah will bring about, after hardship, ease [i.e., relief].

8. And how many a city was insolent toward the command of its Lord and His messengers, so We took it to severe account and punished it with a terrible punishment.

10. Allah has prepared for them a severe punishment; so fear Allah, O you of understanding who have believed. Allah has sent down to you a message [i.e., the Qur’an].

11. [He sent] a Messenger [i.e., Muhammad (pbuh)] reciting to you the distinct verses of Allah that He may bring out those who believe and do righteous deeds from darknesses into the light. And whoever believes in Allah and does righteousness – He will admit him into gardens beneath which rivers flow to abide therein forever. Allah will have perfected for him a provision.

12. It is Allah who has created seven heavens and of the earth, the like of them. [His] command descends among them so you may know that Allah is over all things competent and that Allah has encompassed all things in knowledge.