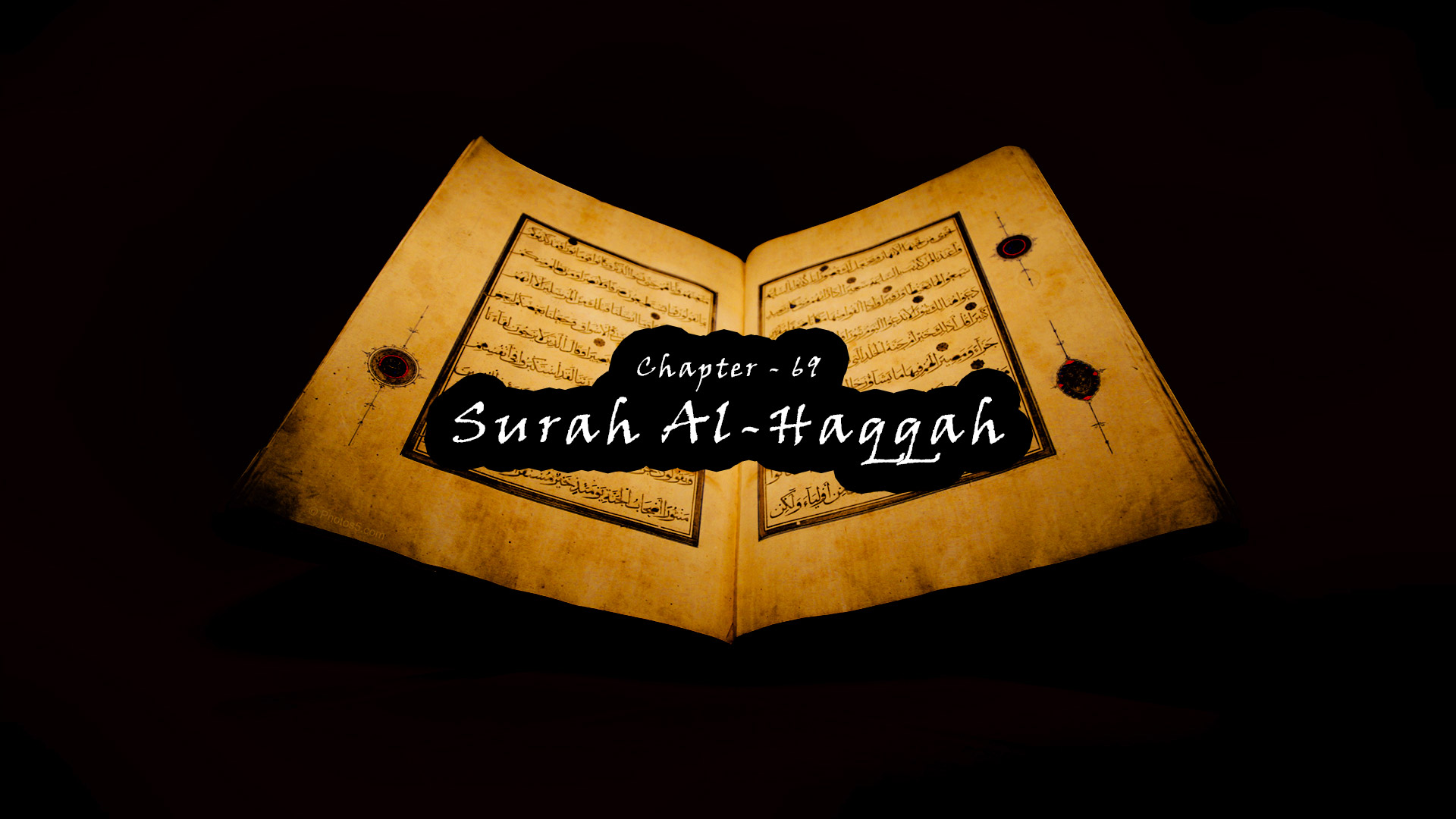 2. What is the Inevitable Reality?

3. And what can make you know what is the Inevitable Reality?

4. Thamud and ‘Aad denied the Striking Calamity [i.e., the Resurrection].

5. So as for Thamud, they were destroyed by the overpowering [blast].

6. And as for ‘Aad, they were destroyed by a screaming, violent wind

7. Which He [i.e., Allah] imposed upon them for seven nights and eight days in succession, so you would see the people therein fallen as if they were hollow trunks of palm trees.

8. Then do you see of them any remains?

9. And there came Pharaoh and those before him and the overturned cities with sin.

10. And they disobeyed the messenger of their Lord, so He seized them with a seizure exceeding [in severity].

11. Indeed, when the water overflowed, We carried you [i.e., your ancestors] in the sailing ship

12. That We might make it for you a reminder and [that] a conscious ear would be conscious of it.

13. Then when the Horn is blown with one blast

14. And the earth and the mountains are lifted and leveled with one blow [i.e., stroke] –

15. Then on that Day, the Occurrence [i.e., Resurrection] will occur,

16. And the heaven will split [open], for that Day it is infirm.

17. And the angels are at its edges. And there will bear the Throne of your Lord above them, that Day, eight [of them].

18. That Day, you will be exhibited [for judgement]; not hidden among you is anything concealed.

19. So as for he who is given his record in his right hand, he will say, “Here, read my record!

20. Indeed, I was certain that I would be meeting my account.”

24. [They will be told], “Eat and drink in satisfaction for what you put forth in the days past.”

25. But as for he who is given his record in his left hand, he will say, “Oh, I wish I had not been given my record

31. Then into Hellfire drive him.

32. Then into a chain whose length is seventy cubits insert him.”

33. Indeed, he did not used to believe in Allah, the Most Great,

34. Nor did he encourage the feeding of the poor.

35. So there is not for him here this Day any devoted friend

36. Nor any food except from the discharge of wounds;

37. None will eat it except the sinners.

41. And it is not the word of a poet; little do you believe.

42. Nor the word of a soothsayer; little do you remember.

45. We would have seized him by the right hand;

46. Then We would have cut from him the aorta.

49. And indeed, We know that among you are deniers.

50. And indeed, it will be [a cause of] regret upon the disbelievers.

51. And indeed, it is the truth of certainty.

52. So exalt the name of your Lord, the Most Great.