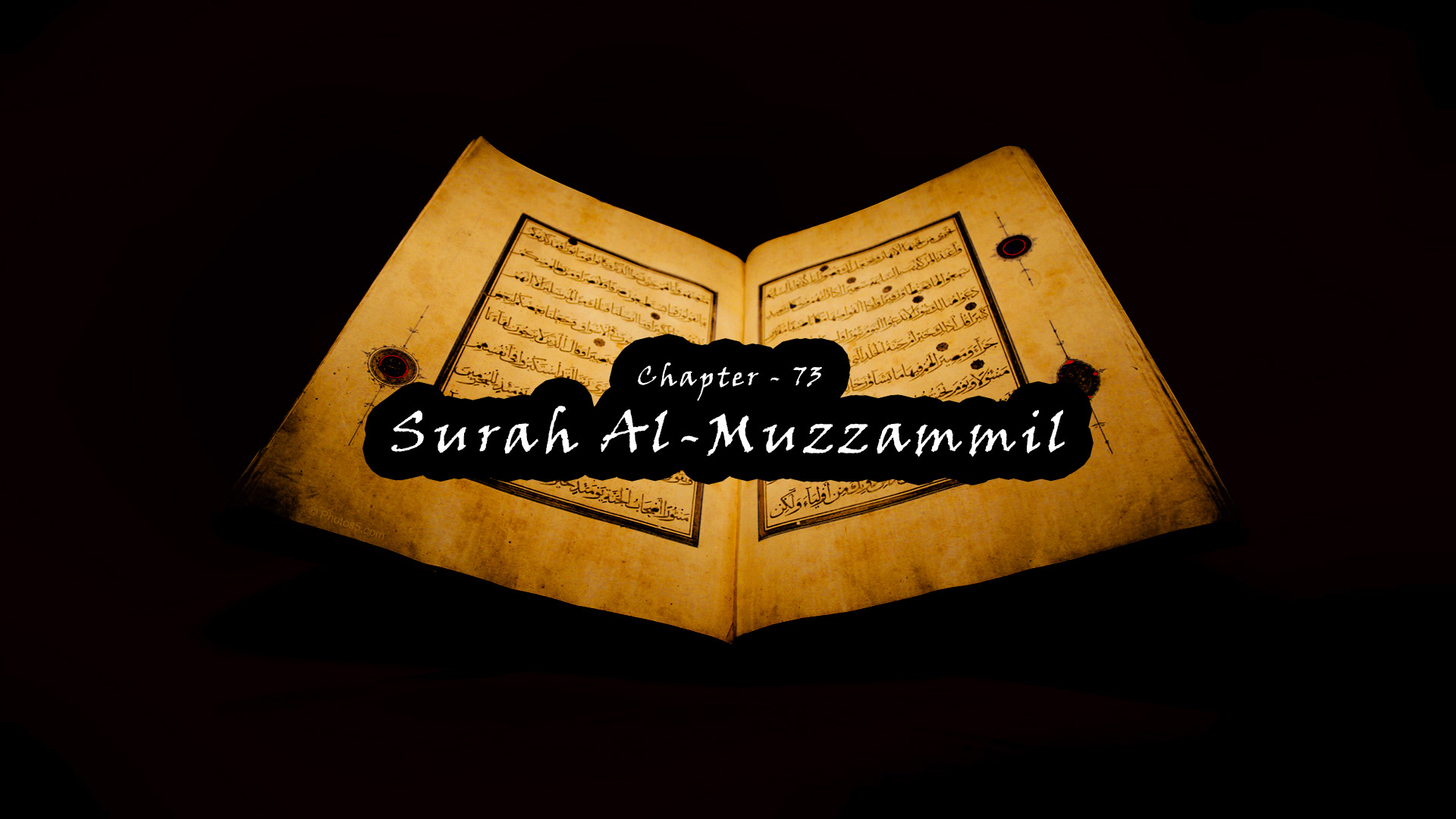 1. O you who wraps himself [in clothing],

3. Half of it – or subtract from it a little

4. Or add to it, and recite the Qur’an with measured recitation.

5. Indeed, We will cast upon you a heavy word.

6. Indeed, the hours of the night are more effective for concurrence [of heart and tongue] and more suitable for words.

7. Indeed, for you by day is prolonged occupation.

8. And remember the name of your Lord and devote yourself to Him with [complete] devotion.

9. [He is] the Lord of the East and the West; there is no deity except Him, so take Him as Disposer of [your] affairs.

10. And be patient over what they say and avoid them with gracious avoidance.

11. And leave Me with [the matter of] the deniers, those of ease [in life], and allow them respite a little.

12. Indeed, with Us [for them] are shackles and burning fire

13. And food that chokes and a painful punishment –

15. Indeed, We have sent to you a Messenger as a witness upon you just as We sent to Pharaoh a messenger.

16. But Pharaoh disobeyed the messenger, so We seized him with a ruinous seizure.

17. Then how can you fear, if you disbelieve, a Day that will make the children white haired?

18. The heaven will break apart therefrom; ever is His promise fulfilled.

19. Indeed, this is a reminder, so whoever wills may take to his Lord a way.

20. Indeed, your Lord knows, [O Muhammad], that you stand [in prayer] almost two thirds of the night or half of it or a third of it, and [so do] a group of those with you. And Allah determines [the extent of] the night and the day. He has known that you [Muslims] will not be able to do it and has turned to you in forgiveness, so recite what is easy [for you] of the Qur’an. He has known that there will be among you those who are ill and others traveling throughout the land seeking [something] of the bounty of Allah and others fighting for the cause of Allah. So recite what is easy from it and establish prayer and give zakah and loan Allah a goodly loan. And whatever good you put forward for yourselves – you will find it with Allah. It is better and greater in reward. And seek forgiveness of Allah. Indeed, Allah is Forgiving and Merciful.