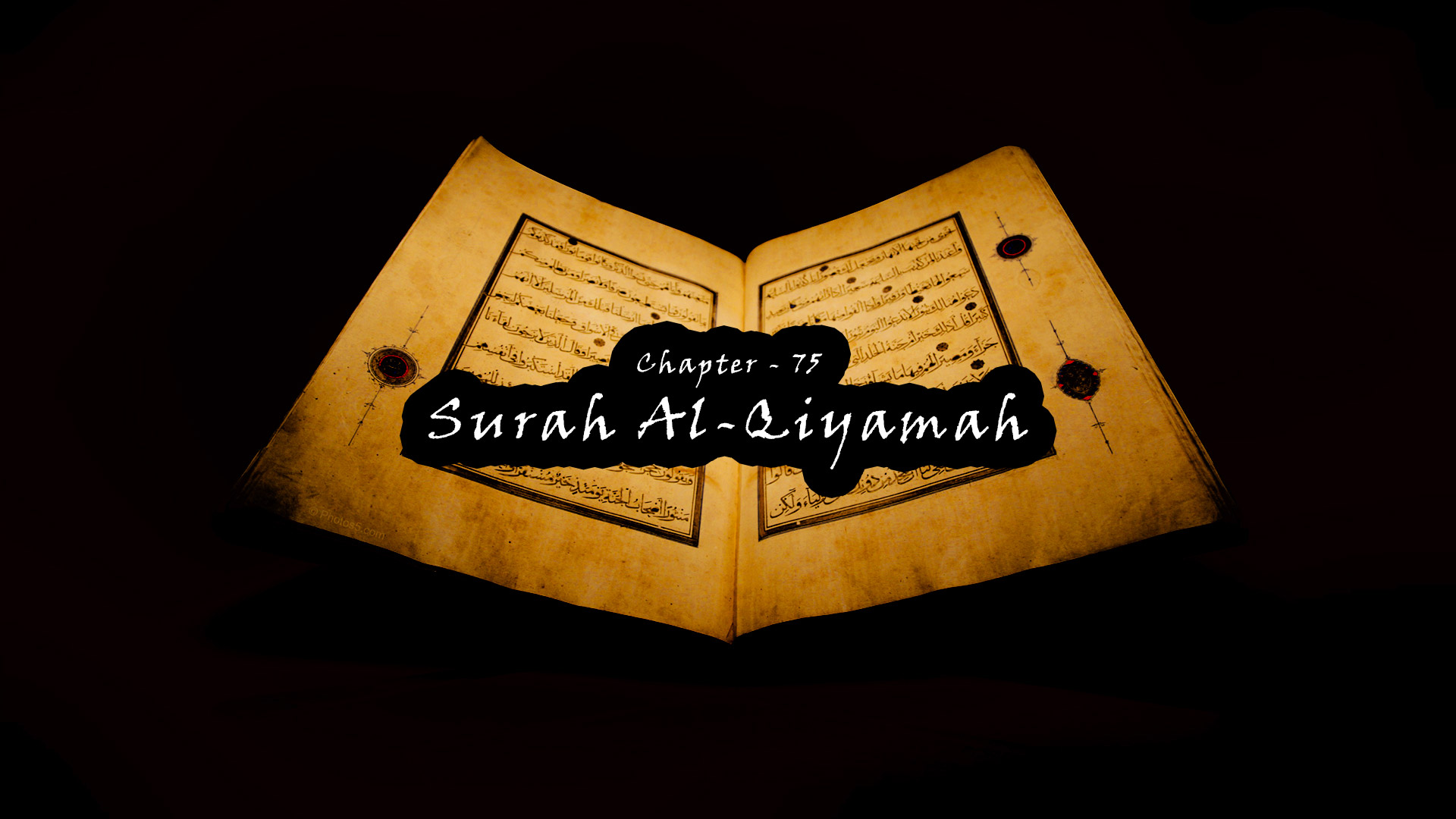 1. I swear by the Day of Resurrection

2. And I swear by the reproaching soul [to the certainty of resurrection].

3. Does man think that We will not assemble his bones?

4. Yes. [We are] Able [even] to proportion his fingertips.

5. But man desires to continue in sin.

7. So when vision is dazzled

8. And the moon darkens

9. And the sun and the moon are joined,

13. Man will be informed that Day of what he sent ahead and kept back.

14. Rather, man, against himself, will be a witness,

15. Even if he presents his excuses.

17. Indeed, upon Us is its collection [in your heart] and [to make possible] its recitation.

18. So when We have recited it [through Gabriel], then follow its recitation.

19. Then upon Us is its clarification [to you].

25. Expecting that there will be done to them [something] backbreaking.

30. To your Lord, that Day, will be the procession.

33. And then he went to his people, swaggering [in pride].

36. Does man think that he will be left neglected?

37. Had he not been a sperm from semen emitted?

38. Then he was a clinging clot, and [Allah] created [his form] and proportioned [him]

39. And made of him two mates, the male and the female.