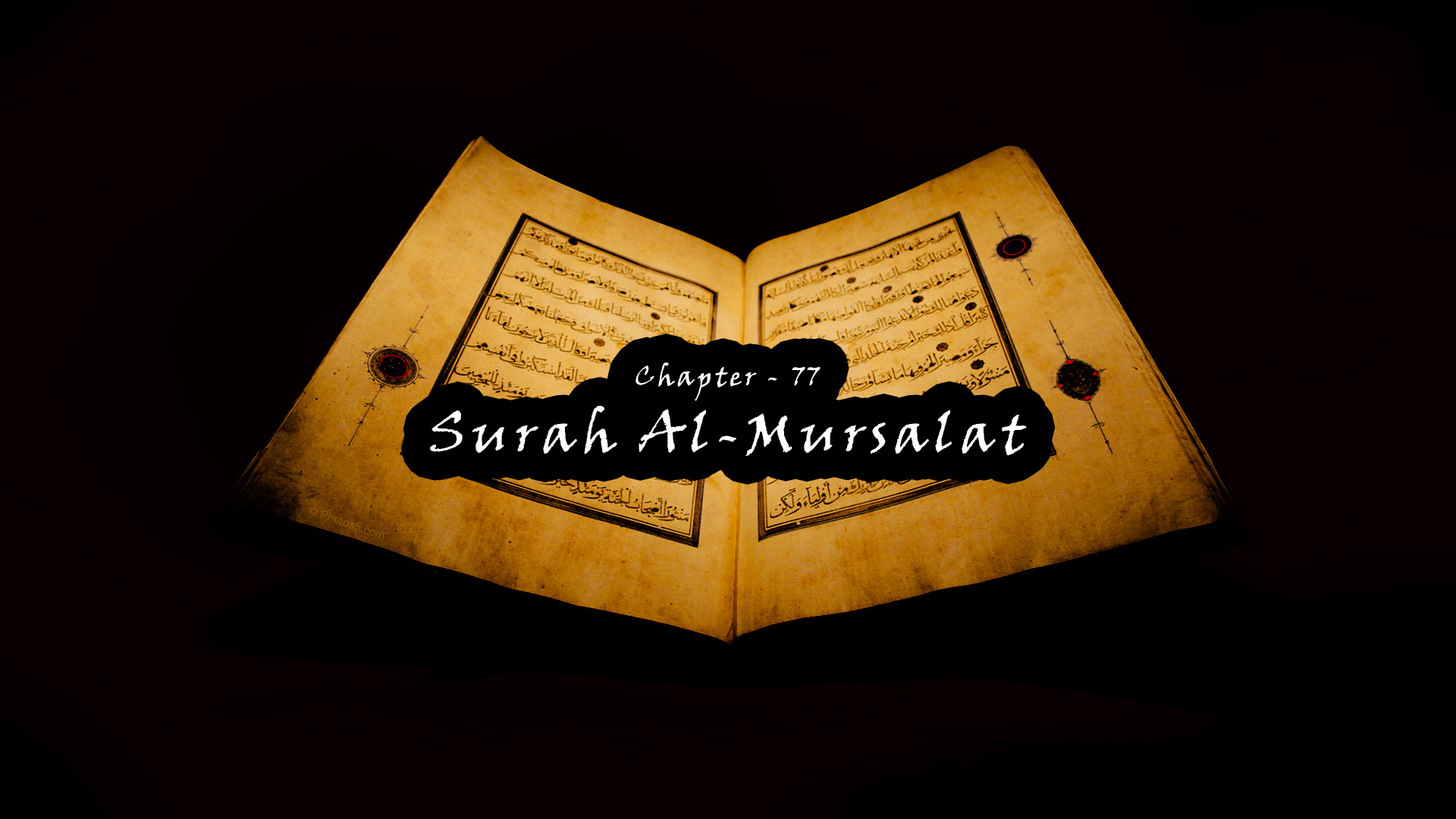 1. By those [winds] sent forth in gusts

2. And the winds that blow violently

4. And those [angels] who bring criterion

5. And those [angels] who deliver a message

6. As justification or warning,

7. Indeed, what you are promised is to occur.

8. So when the stars are obliterated

9. And when the heaven is opened

10. And when the mountains are blown away

11. And when the messengers’ time has come…

12. For what Day was it postponed?

14. And what can make you know what is the Day of Judgement?

16. Did We not destroy the former peoples?

17. Then We will follow them with the later ones.

18. Thus do We deal with the criminals.

20. Did We not create you from a liquid disdained?

23. And We determined [it], and excellent [are We] to determine.

25. Have We not made the earth a container

27. And We placed therein lofty, firmly set mountains and have given you to drink sweet water.
28. Woe, that Day, to the deniers.

30. Proceed to a shadow [of smoke] having three columns

31. [But having] no cool shade and availing not against the flame.”

33. As if they were yellowish [black] camels.

36. Nor will it be permitted for them to make an excuse.

38. This is the Day of Judgement; We will have assembled you and the former peoples.

41. Indeed, the righteous will be among shades and springs

42. And fruits from whatever they desire,

43. [Being told], “Eat and drink in satisfaction for what you used to do.”

44. Indeed, We thus reward the doers of good.

46. [O disbelievers], eat and enjoy yourselves a little; indeed, you are criminals.