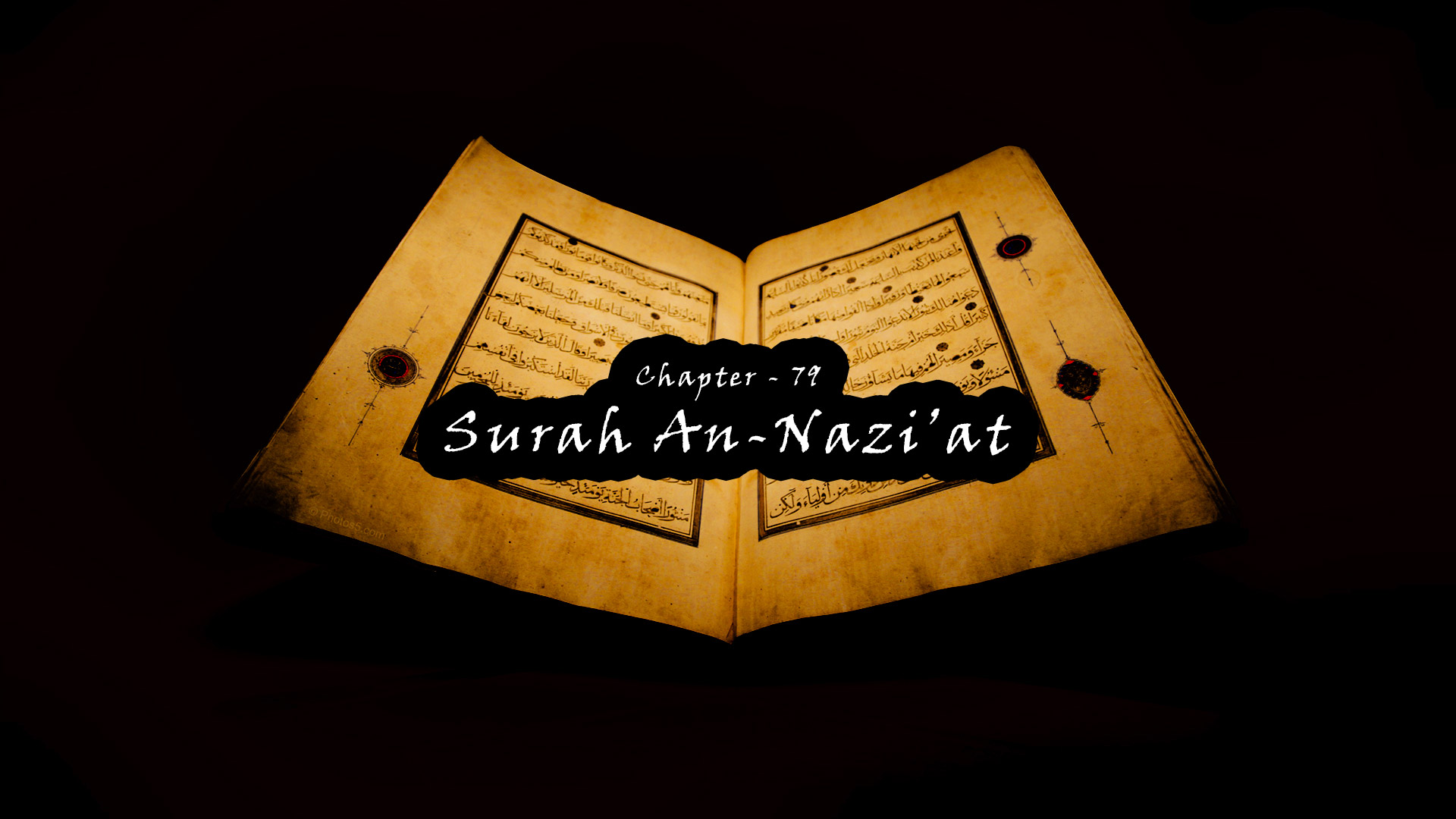 1. By those [angels] who extract with violence

2. And [by] those who remove with ease

4. And those who race each other in a race

5. And those who arrange [each] matter,

6. On the Day the blast [of the Horn] will convulse [creation],

8. Hearts, that Day, will tremble,

10. They are [presently] saying, “Will we indeed be returned to [our] former state [of life]?

11. Even if we should be decayed bones?”

14. And suddenly they will be [alert] upon the earth’s surface.

15. Has there reached you the story of Moses? –

16. When his Lord called to him in the sacred valley of Tuwa,

17. “Go to Pharaoh. Indeed, he has transgressed.

18. And say to him, ‘Would you [be willing to] purify yourself

23. And he gathered [his people] and called out

25. So Allah seized him in exemplary punishment for the last and the first [transgression].

27. Are you a more difficult creation or is the heaven? He [i.e., Allah] constructed it.

28. He raised its ceiling and proportioned it.

29. And He darkened its night and extracted its brightness.

30. And after that He spread the earth.

31. He extracted from it its water and its pasture,

32. And the mountains He set firmly

33. As enjoyment [i.e., provision] for you and your grazing livestock.

34. But when there comes the greatest Overwhelming Calamity –

35. The Day when man will remember that for which he strove,

36. And Hellfire will be exposed for [all] those who see –

37. So as for he who transgressed

38. And preferred the life of the world,

39. Then indeed, Hellfire will be [his] refuge.

40. But as for he who feared the position of his Lord and prevented the soul from [unlawful] inclination,

41. Then indeed, Paradise will be [his] refuge.

43. In what [position] are you that you should mention it?

45. You are only a warner for those who fear it.

46. It will be, on the Day they see it, as though they had not remained [in the world] except for an afternoon or a morning thereof.