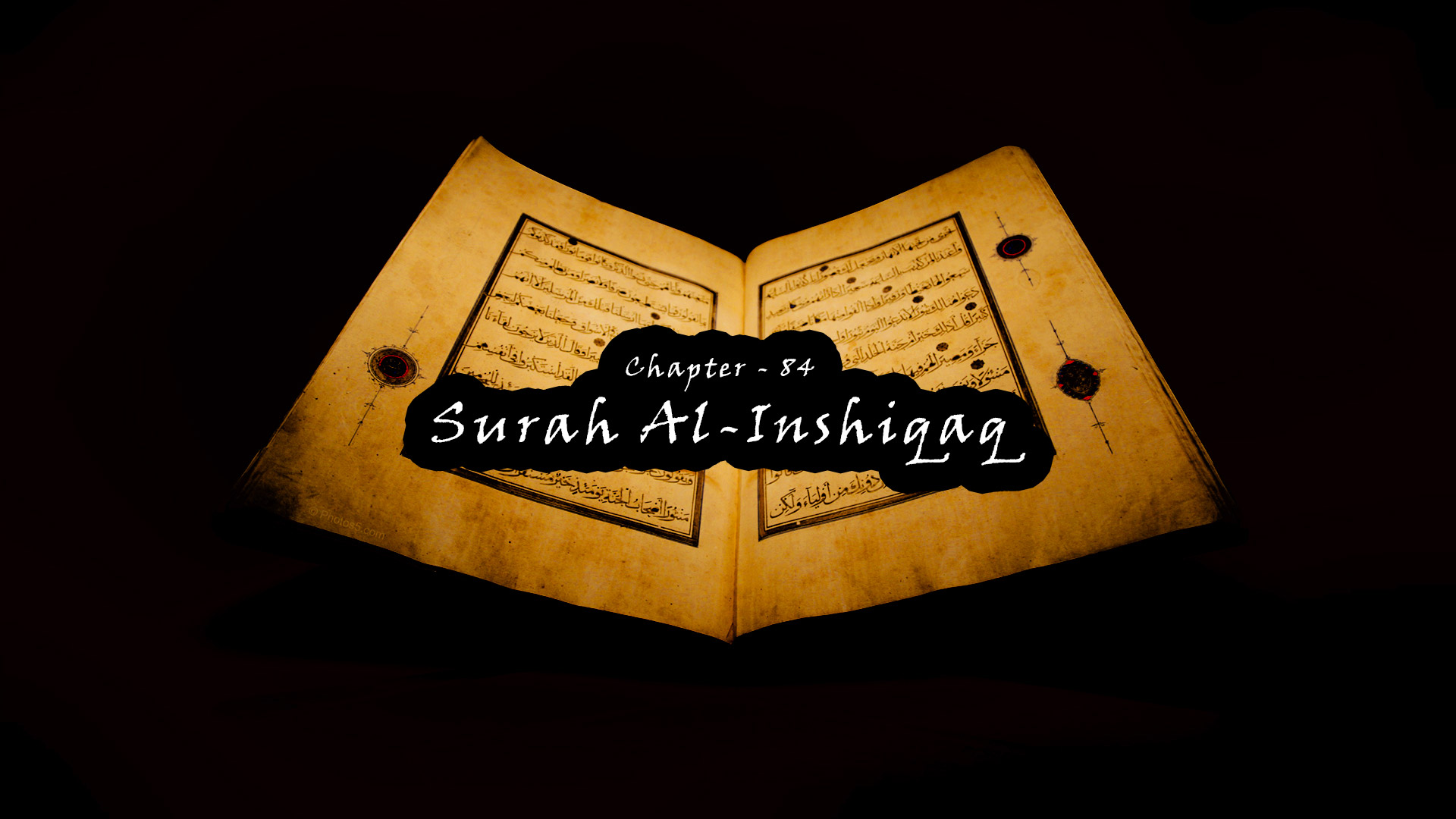 2. And has listened [i.e., responded] to its Lord and was obligated [to do so]

3. And when the earth has been extended

4. And has cast out that within it and relinquished [it]

6. O mankind, indeed you are laboring toward your Lord with [great] exertion and will meet it.

7. Then as for he who is given his record in his right hand,

9. And return to his people in happiness.

10. But as for he who is given his record behind his back,

11. He will cry out for destruction

13. Indeed, he had [once] been among his people in happiness;

14. Indeed, he had thought he would never return [to Allah].

16. So I swear by the twilight glow

19. [That] you will surely embark upon [i.e., experience] state after state.

21. And when the Qur’an is recited to them, they do not prostrate [to Allah]?

22. But those who have disbelieved deny,

23. And Allah is most knowing of what they keep within themselves.

24. So give them tidings of a painful punishment,

25. Except for those who believe and do righteous deeds. For them is a reward uninterrupted.