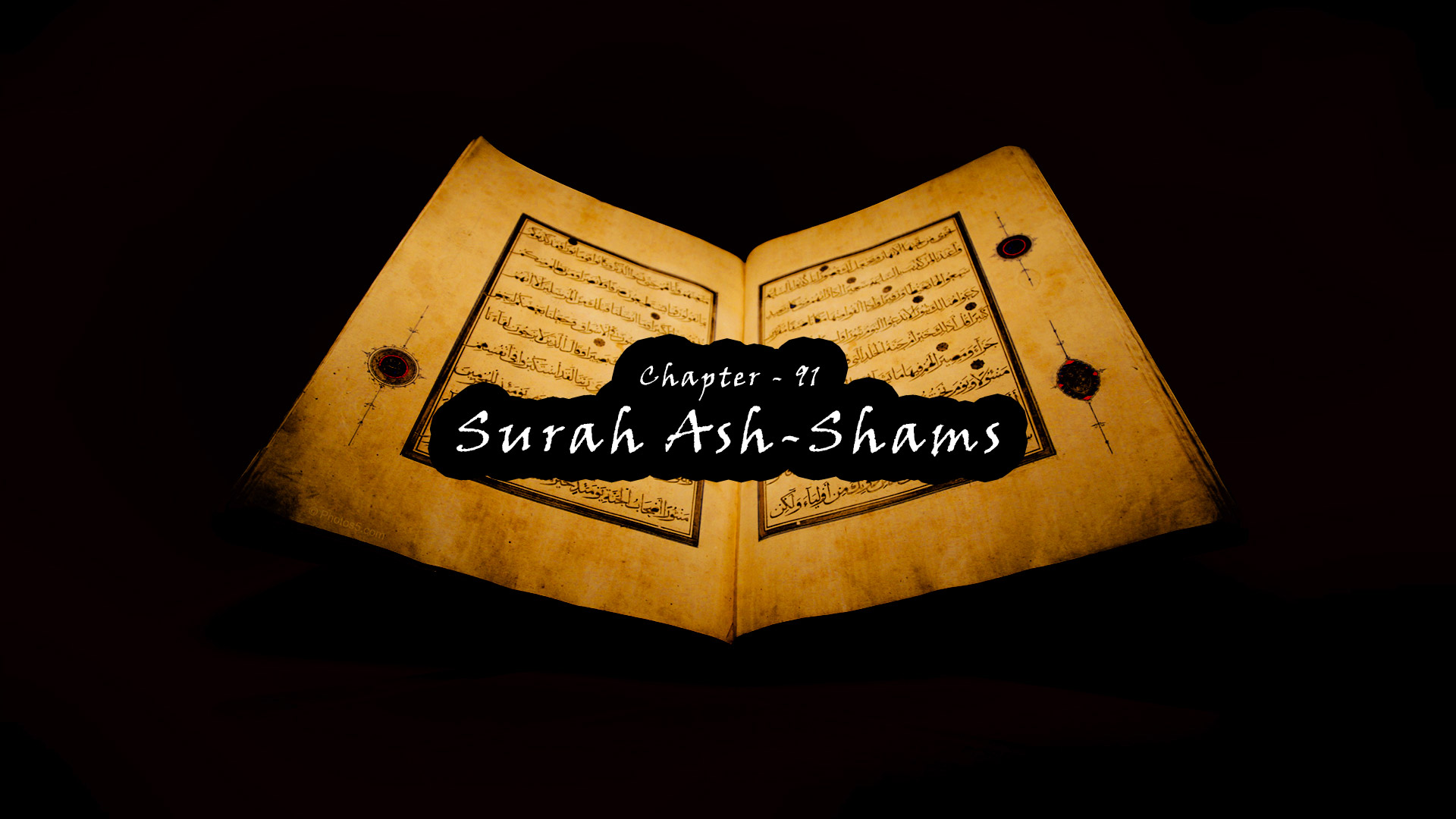 1. By the sun and its brightness

5. And [by] the sky and He who constructed it

7. And [by] the soul and He who proportioned it

8. And inspired it [with discernment of] its wickedness and its righteousness,

9. He has succeeded who purifies it,

10. And he has failed who instills it [with corruption].

11. Thamud denied [their prophet] by reason of their transgression,

12. When the most wretched of them was sent forth.

14. But they denied him and hamstrung her. So their Lord brought down upon them destruction for their sin and made it equal [upon all of them].

15. And He does not fear the consequence thereof.