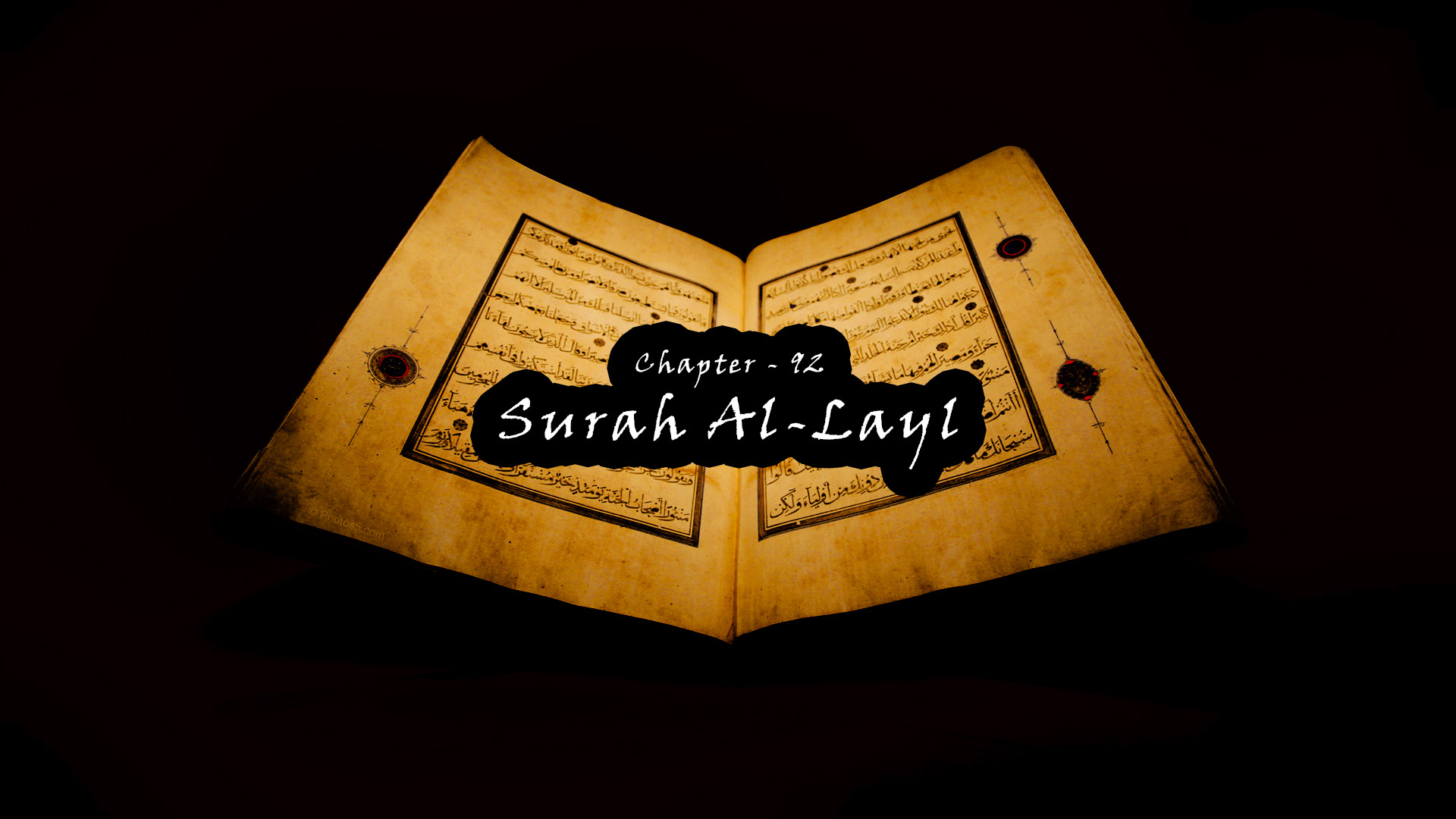 1. By the night when it covers

3. And [by] He who created the male and female,

4. Indeed, your efforts are diverse.

5. As for he who gives and fears Allah

6. And believes in the best [reward],

7. We will ease him toward ease.

8. But as for he who withholds and considers himself free of need

10. We will ease him toward difficulty.

11. And what will his wealth avail him when he falls?

12. Indeed, [incumbent] upon Us is guidance.

13. And indeed, to Us belongs the Hereafter and the first [life].

14. So I have warned you of a Fire which is blazing.

15. None will [enter to] burn therein except the most wretched one

16. Who had denied and turned away.

17. But the righteous one will avoid it –

18. [He] who gives [from] his wealth to purify himself

19. And not [giving] for anyone who has [done him] a favor to be rewarded

20. But only seeking the countenance of his Lord, Most High.