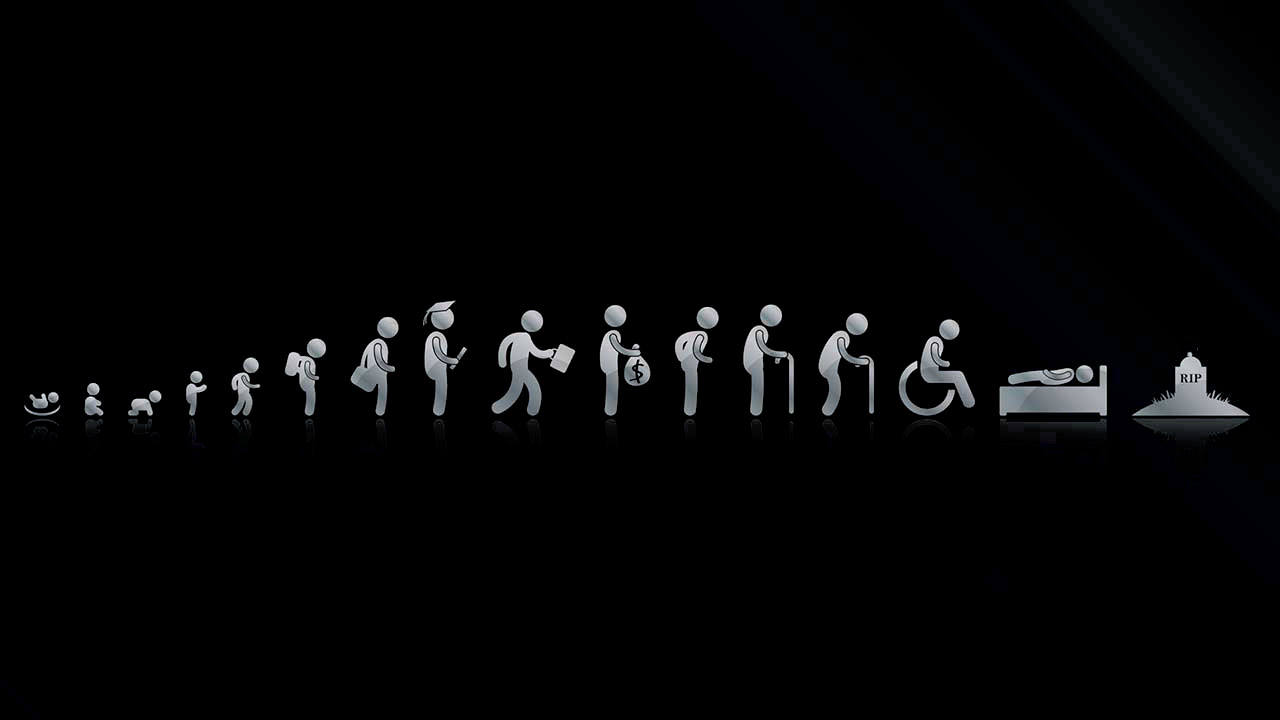 In today’s competitive world, most of us are so busy catching up with life that it becomes very easy for us to neglect the most vital question of our life i.e. “What is Life?”.

So, sometimes we should just sit back, relax and think about what we are actually doing with our life. Life is very short, if we keep on spending our valuable time without thinking, we may end up wasting our whole life before we may even realize.

Is Life all about being Successful?

As we know through revelation that we have been created by God, logically only He can tell us what is ultimate success for us or else we will always remain in darkness with our different views.

“He has certainly succeeded who purifies himself. And mentions the name of his lord and prays.” – Quran 87:14-15

Meaning, he purifies himself from despised characteristics and he follows what Allah has revealed to the Messenger and he establishes the prayer in its appointed time, seeking the pleasure of Allah, obedience to His command, and implementation of His Law.

“But you prefer the worldly life, while the Hereafter is better and more enduring.” – Quran 87:16-17

Meaning, you give life precedence over the matter of the Hereafter, and you prefer it because of what it contains of usefulness and benefit for you in livelihood, and your returns (i.e. income, profitable gain). The reward of the final abode is better than the worldly life, and it is more lasting. For indeed, this worldly life is lowly and temporal, whereas the Hereafter is noble and eternal.

Life is nothing but a Deception!

Allah says in the Qur’an that this Worldly Life is nothing but a deception.

“O mankind! Be afraid of your Lord (by keeping your duty to Him and avoiding all evil), and fear a Day when no father can avail aught for his son, nor a son avail aught for his father. Verily, the Promise of Allah is true, let not then this (worldly) present life deceive you, nor let the chief deceiver (Satan) deceive you about Allah.” – Quran 31:33

Here Allah warns people about the Day of Resurrection, and commands them to fear Him and remember the Day of Resurrection when (no father can avail aught for his son,) which means, even if he wanted to offer himself as a sacrifice for his son, it would not be accepted from him. The same will apply in the case of a son who wants to sacrifice himself for his father – it will not be accepted from him.

Then Allah reminds them once again with the words: (let not then this present life deceive you,) meaning, do not let your feelings of contentment with this life make you forget about the Hereafter. (nor let the chief deceiver deceive you about Allah.) refers to the Shaitan.

The Shaitan makes promises to them and arouses in them false desires, but there is no substance to them, as Allah says,

“He (Shaitan) makes promises to them, and arouses in them false desires; and Shaitan’s promises are nothing but deceptions.” – Quran 4:120

Allah says that He will show us signs in the Universe and within our own-selves about what is revealed in the Qur’an as the truth.

“We will show them Our signs in the horizons and within themselves until it becomes clear to them that it is the truth. But is it not sufficient concerning your Lord that He is, over all things, a Witness?” – Quran 41:53

In the life of this world, Allah grants people a life long enough to take lessons from the many reminders He offers them. Essentially, there are many things that happen to a person in the course of his life that are to be regarded as reminders.

For example, deaths being reported in the news or those we witness ourselves, should be taken as warnings. By these examples, Allah reminds us that we too may also meet our deaths at any moment.

Likewise, physical weaknesses we cannot forestall are also reminders from our Lord. Allah creates these weaknesses in man to make him understand that this world is not worthy of being devoted to.

In addition, the loss of certain blessings or some disaster may also be a reminder from Allah. Though a person may be very beautiful or wealthy, by the Will of Allah, it may take only an instant for him or her to lose his beauty or possessions.

Allah has charged believers with the task of enjoining the good, forbidding the wrong and reminding of the truth. Therefore, every reminder a believer receives is important. The Qur’an advises people to enjoin good and forbid evil and to remind one another of their responsibilities. In this manner, Allah’s messengers warned their people in order to save them from the eternal torment.

“And remind, for indeed, the reminder benefits the believers.” – Quran 51:55

“This [Qur’an] is a clear statement to [all] the people and a guidance and instruction for those conscious of Allah.” – Quran 3:138

Allah states that the Qur’an is a guidance and instruction manual for all the people in the world and that we should follow its instructions and moral guidelines in our everyday life so we may truly become the ultimate successful.

We hear so many people on their death bed regretting about how they have spent their life. If you do not want the same thing happen to you, then take control of your Life before Life takes control of you.

“What is Life?”, this article simply gives us a perception about life while “Purpose of Life” clear explains the purpose of our life as stated in the Qur’an.

If you are not sure why you should believe in the Qur’an as the final revelation of Allah (God) then read – “Is the Quran God’s word?”.

To know why the Qur’an is a miracle and cannot be originated from other than Allah (God) then read – “The Quran and Modern Science”.